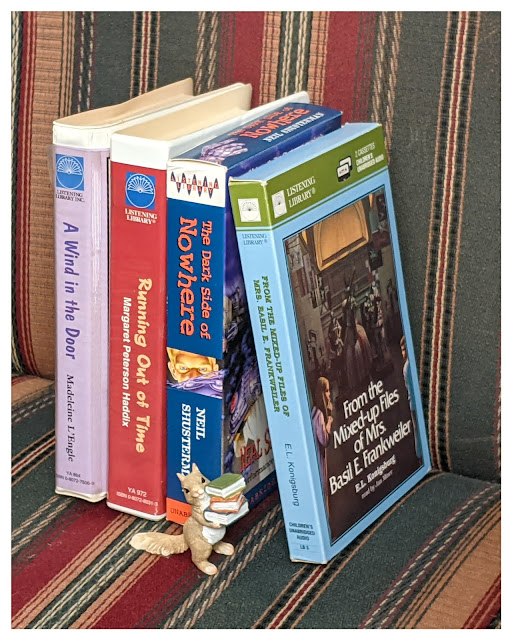 There are some books I claim to have read—several by Bill Bryson; pretty much everything I say I've read by David Sedaris; Daniel Pinkwater's brilliant The Snarkout Boys and the Avocado of Death—but really haven't, at least not strictly speaking. Because I listened to them as audio books.

Chances are I've listened to them several times, in fact. I'm sure I've heard Bryson's A Walk in the Woods and Sedaris's Me Talk Pretty One Day five or six times each. Charles Kuralt's Charles Kuralt's America is one of my favorite books; I've listened to it several times, and I've also actually read the printed book—the audio version is abridged, and I wanted to see what I was missing—but I prefer the audio version. It's not that I'm too lazy to read and would rather have Kuralt read his own book to me, it's just that he does it so well.

Many years ago, when I had a regular corporate job and a daily commute, I listened to a lot more audio books than I do these days. There were a lot of really good productions of middle-reader and young adult novels of the kind I then aspired to write, some of which I still have. Because they are mostly on cassettes, it's a lot harder to listen to them now, but someday when I have more time and more energy, I'm going to digitize them to make it easy to hear them whenever I want.

(Why the four books in the picture, you may be wondering, when I didn't name any of them specifically in this post? Well, for one thing they are all books I remember enjoying very much. The Madeleine L'Engle book, A Wind In The Door, which came second in the sequence that began with A Wrinkle in Time, is perhaps my favorite of her books (though I would actually rather read it than listen to it; I think I only listened to this audio book once). The Neil Shusterman book, The Dark Side of Nowhere, is one of the things Anna and I listened to on the drive home from our honeymoon, so I have very fond memories of it. But most importantly, they were in a cabinet in my office and were easily accessible; I didn't have to root around in the garage or that funky storage space under the stairs to find them.)